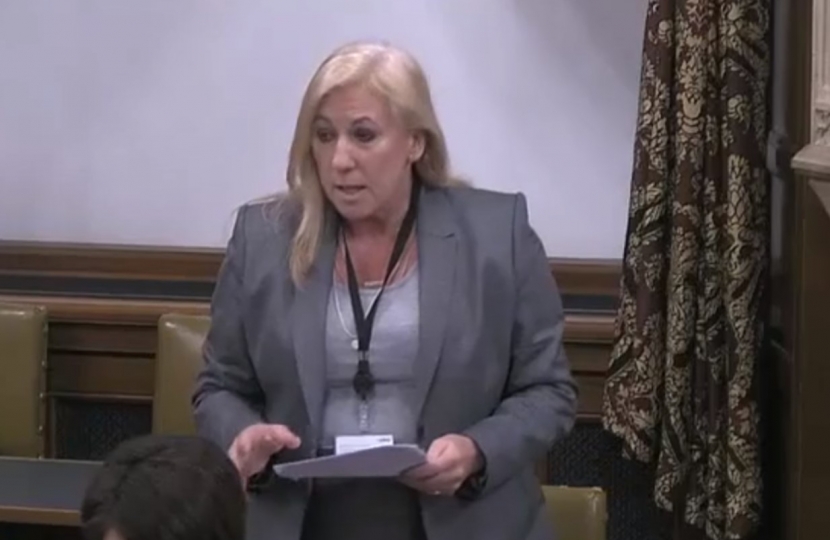 The debate on young jobseekers was called after a report from the YMCA raised concerns about the level of support available to them.

Speaking in the debate, Amanda Solloway, MP for Derby North and a member of the Business, Innovation and Skills Committee, said: “As a YMCA Mentor, I know first-hand what fantastic work they do to help young people in Derby and across the country. The report provided by the YMCA highlighted concerns about levels of youth unemployment and the issues that they face when trying to find work.”

Quoted in the YMCA report was Derby service user ‘Beth’, who expressed concern that ‘jobcentres look down on you and belittle you’. Amanda raised her case in the debate: “Reading cases where young people have experienced disappointment and frustration is really concerning and we need to ensure that all young individuals who are showing the aspiration to employment are aware of the various paths that can help them find work.

“I was particularly touched by Beth’s case. It shouldn’t be the case that a young person entering their local Jobcentre feels belittled or looked down on.”

While highlighting some of the schemes on offer in Derby, such as E4E and a large number of apprenticeships, Amanda expressed her frustration at the report’s findings and told the debate that they cannot be overlooked: “It’s vital that young people are receiving quality support and advice from their local Jobcentres when they are showing a desire to work by signing up to them. Solutions to the problem must be realistic and achievable to ensure that Jobcentres are meeting the needs and aspirations of younger people when they are seeking employment”.

After the debate, the Minister praised Amanda’s contribution. “I thought that Amanda made some very important points in the debate and, while we have made great strides to cut youth unemployment and have seen a large fall in the number of unemployed young people, there is still more work to be done.

“I was really pleased that Amanda raised organisations like E4E, who I know do great work to help young people back into employment in Derby. I’m looking forward to working with Amanda throughout this Parliament; she’s already proving that she’s a strong voice for her constituency.”

WATCH the speech here, and read the full text by clicking on the document below.