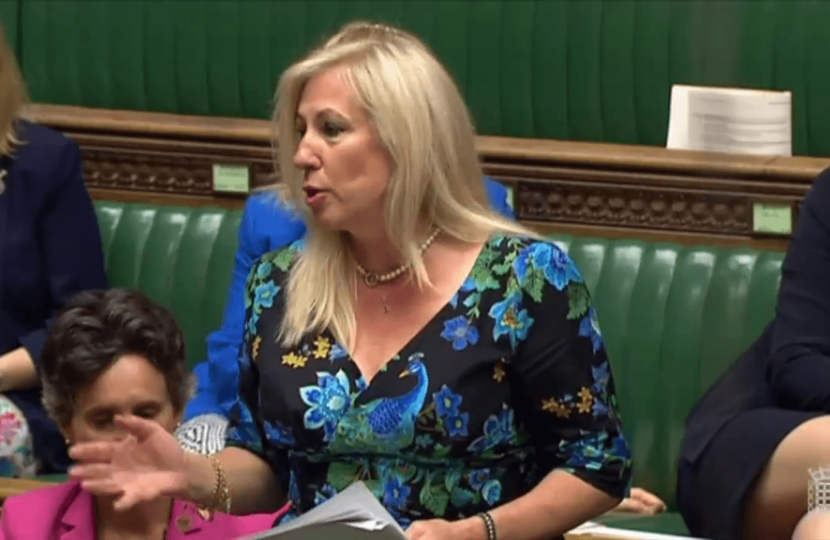 Speaking in the chamber for the first time since her election on May 7th, Amanda paid tribute to former MP Chris Williamson, but emphasised her commitment to improving Derby’s economy and bringing investment to the Midlands.

In the debate on production, Amanda said: “Derby is a thriving City, built on its long standing engineering and manufacturing pedigree. It was with great delight that we received the Chancellor two weeks ago in stunning Darley Abbey as he visited one of our rail engineering firms. He announced that the Midlands was Britain’s engine for growth, and I can tell you that Derby North is the heart of the Midlands.”

As well as her plans to improve Derby in the future, the newly elected MP also spoke about the history of Derby, calling it the “unsung hero of industry”.

Amanda also emphasised her business background, saying “I don’t have a degree. I don’t really have A-Levels to talk about, but I do have common sense and a business background.” Her fellow MPs were warned, however, when she promised to “bring some good Derbyshire straight talking to this House.”

A recording of Amanda Solloway’s Maiden Speech has been made available on her Facebook page.