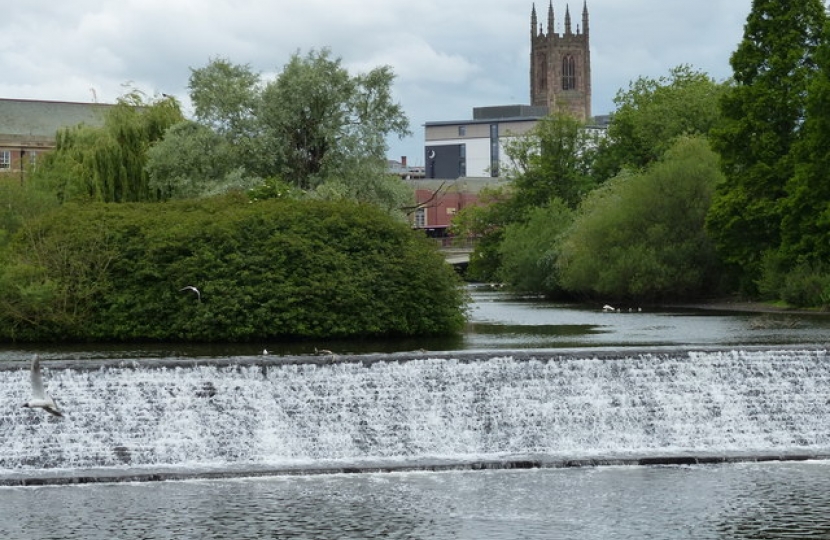 Derby will be getting a cash injection of £10 million from the Government to help protect the city from flooding.

Last week, the PM announced plans to create thousands of new jobs to fire up the UK’s economic recovery after the coronavirus pandemic, and the Department for Environment, Food and Rural Affairs has announced it will be spending £170 million to bring forward flood defence work.

£10 million of this will be awarded to Derby OCR to drive economic growth and protect jobs in Derby.

It is estimated that this will grant better protection to 7,000 jobs and 1,000 businesses in Derby.

The additional funding from the Government is available contingent on scheme construction beginning before the end of the 2021/2022 financial year.

The funding comes as Derbyshire has been badly hit by flooding. Flash flooding hit parts of the county this June, and heavy rainfall also caused flooding across the county in February.

Derby, which straddles the River Derwent, has in recent years been threatened with flooding, particularly in the Darley Abbey and Little Chester parts of the city.

“This is great news for my constituents, especially in those areas that are prone to flooding like Little Chester and Darley Abbey.

Flooding in recent years has caused damage in my constituency – Darley Abbey Bridge took a battering when it was hit by debris brought by flooding and higher water levels. Given Darley Abbey is a conservation area, this funding will go so far to protect our heritage.

But the funding will also go far to protecting jobs in Derby and promoting a green recovery which I believe is just so important.

This £10 million is just great news for our city.”