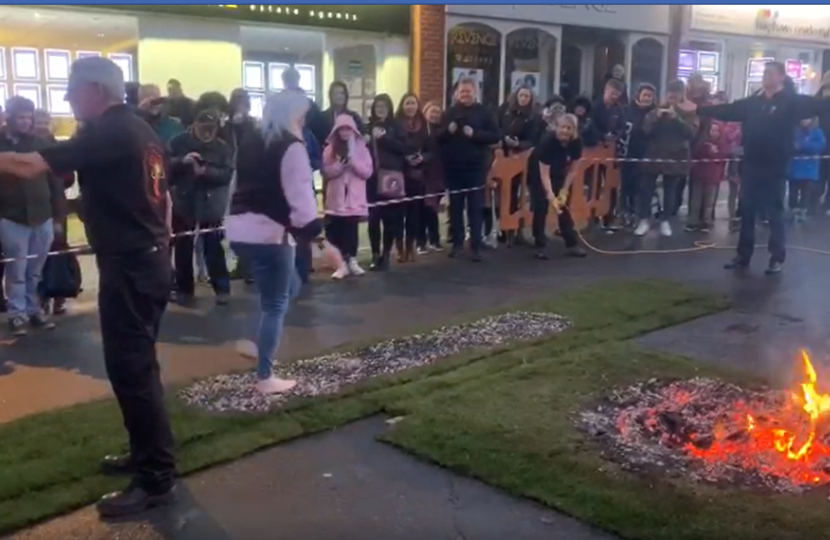 The Firewalk organised by Our Mickleover and local councillors has been hailed a success by local MP, Amanda Solloway.

Participants were also given a talk on how to maintain a positive mindset.

The first to make the walk was local MP, Amanda Solloway. Solloway, who won back the Derby North seat for the Conservatives at the last election, raised money for her mental health CIC, Head High.

“This was a fantastic event organised by Our Mickleover and the local councillors. The event was so well attended, and I was the first to brave the walk.

I managed to get out of it relatively unscathed – thankfully!

My chosen charity was my CIC, Head High.

I would, above all else, like to thank the organisers for such a great event.”